The Sandbox (launched in 2011) is a decentralized gaming platform built on the Ethereum blockchain and proffers users access to its virtual world. Users (players) can build, own, and monetize their gaming experiences, as well as trade digital assets in the form of a game. Combining the powers of Decentralized autonomous organizations (DAO) and Non-Fungible Tokens (NFTs) Sandbox was created as a decentralized platform for a thriving gaming community.[1][2]

The Sandbox was developed by the game studio Pixowl and Animoca with the main vision of providing users with a gaming platform that allowed them to create pixel art. It was released on May 15, 2012, and later released for PC on June 29, 2015.

The Pixowl team hired Onimatrix, whose real name is Pablo Iglesias, to work together to develop his personal project, The Sandbox, for launch. By that time, the game had only 800,000 plays. A few months after development, the alpha version of the game was shown to Apple Inc., but they were sent back to the drawing board. After a few weeks, they finally launched the game.[3]

The Sandbox consists of three products, Voxel Editor, Marketplace, and Game Maker, that together provide a comprehensive experience for user-generated content (UCG). The combined products allow users to secure copyright ownership for their created content through blockchain and a smart contract.[4][5] 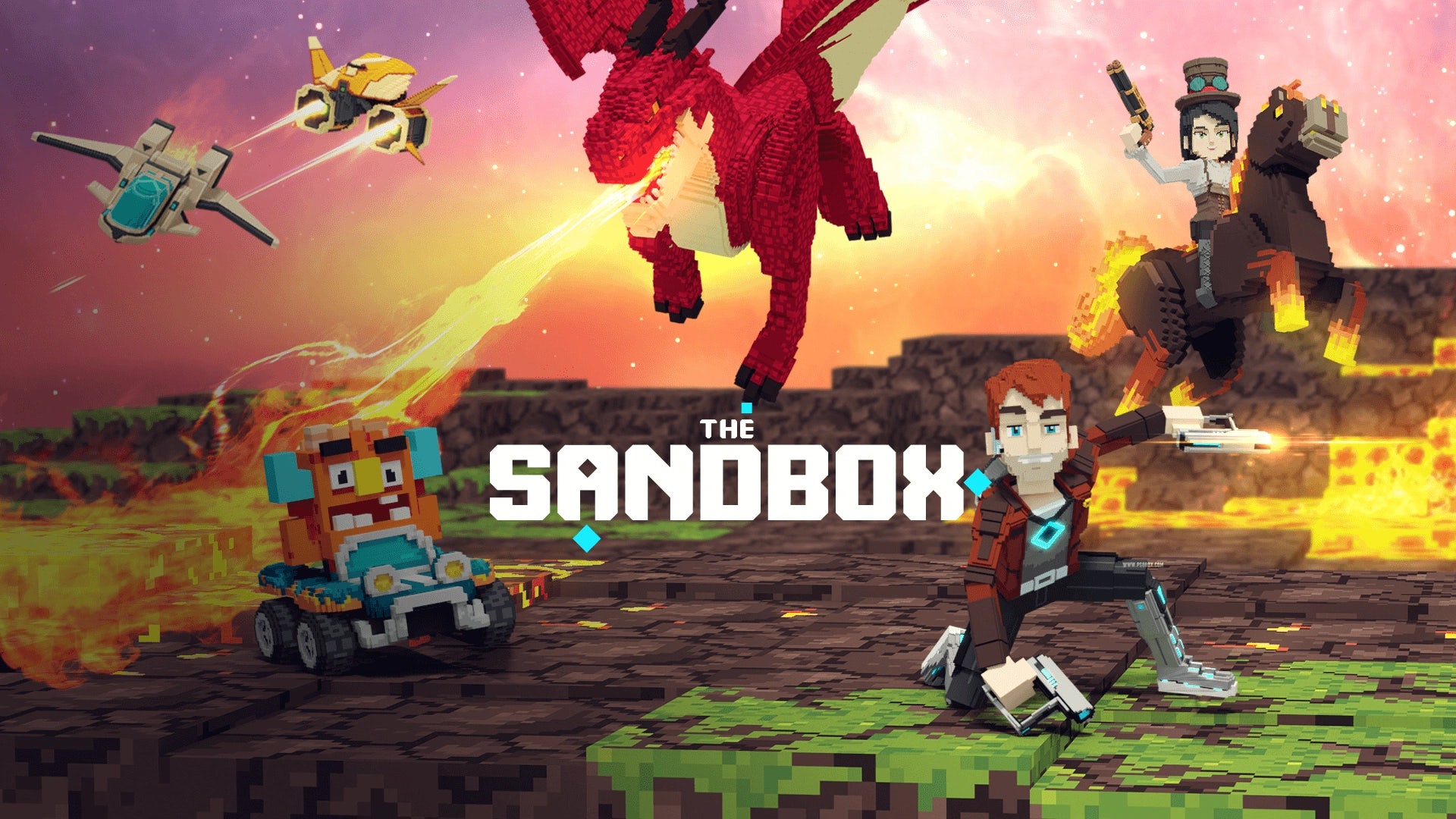 The Voxel Editor is a simple yet powerful program that allows users to create and animate 3D voxel models. Anything from humans, animals, vehicles, tools, and items can be created using voxel s, which are square 3D pixels, and can be manipulated using VoxEdit to create beautiful creations. After something is built, objects can be exported from VoxEdit into the Marketplace to become game ASSETS.[4]

The Marketplace is a web-based marketplace that allows users to upload, publish, and sell their creations. When uploaded, creations first go into an IPFS network to provide decentralized storage, and then it is registered onto the blockchain to prove ownership. Once this happens, creations become ASSETS that can be sold.[4]

The Sandbox also uses several types of tokens to ensure a circular economy between players, creators, curators, and landowners. SAND is an ERC-20 token that is used as the basis for all the ecosystem's transactions and interactions. LAND is the digital real estate in the game. Players buy LAND to populate it with games, assets, and interactive experiences. Each LAND is a Non-Fungible Token (NFT) on the public Ethereum blockchain (ERC-721). ASSETS is a token created by players who build user-generated content. ASSETS can be traded on the Marketplace.[4]

The Sandbox (SAND) has a total of 166,464 LANDS that exist in The Sandbox. There are also two different parcel types on The Sandbox named:

LAND is the basic Sandbox unit on the map, and each LAND is 96 x 96 meters in the game world. ESTATE is a combination of multiple LANDS.[4]

SAND is an ERC-20 utility token built on the Ethereum blockchain that serves as the basis for transactions within the game. Players spend SAND in order to play games, buy equipment, or customize their character. Creators spend SAND to get ASSETs and LANDS through staking. Players can then spend SAND to upload ASSETS to the Marketplace where they can be traded. SAND is also a governance token, which allows holders to participate in governance decisions using a decentralized autonomous organization (DAO) structure. Users can exercise voting rights on things like foundation grant attributions to content. Players can also stake SAND to earn revenue on their LAND and SAND rewards. Staking is also the only way to get valuable Gems and Catalysts, which are required for creating ASSETS.[4]

Catalysts are The Sandbox's new utility ERC-20 token which defines the scarcity and tier of a player's ASSETS in the marketplace. Catalysts add empty sockets to a player's NFTs that can be filled with Gems. The higher quality of the Catalyst, the more sockets the ASSET will have. There are four different Catalyst tiers: Common Catalyst, Rare Catalyst, Epic Catalyst, and Legendary Catalyst. These tiers define the number of sockets and the scarcity of your ASSETS.[6]

The public beta of the game was launched in March 2012, and they collected data during the first two months from more than 1,000 players. In 2019, the game's gross revenue surpassed $5M with 5000 new players joining each day. In December of 2012, The Sandbox was featured as one of iTune's best games in the "Hidden Gems: Games" category.[3]

By 2016, the team put out 45 updates for the game. More than 1.5M online gallery worlds have been created by players. Gamers have logged more than 120M hours in the Sandbox world.[3]

In June of 2016, The Sandbox Evolution was launched. This new version allowed players to craft worlds or destroy universes, while also letting them create their own games. An update included in this version was the possibility to buy objects with in-game currency that players are able to earn by completing tasks or creating content.[3]

By the middle of 2018, the game was acquired by Animoca Brands who wanted to rebuild the game as a new 3D voxel-style blockchain version of game. This allowed users to share and monetize their creations.

In May of 2019, Animoca raised $2.5M in funding for the development of the project, led by crypto assets fund Hashed, the world's largest crypto assets fund. Animoca also partnered with Klaytn, a blockchain platform developed by South Korea's leading messenger app Kakao.[7] The partnership connected The Sandbox to Kakao. On December 5, 2019, the presale of their first in-game virtual real estate LAND sold out in 4 hours.[8] In Q3 of 2019, the parent company of Animoca, TSB Gaming, which owns Square Enix, B Cryptos, Mindfulness Capital, and True Global Ventures, invested $2.01M in The Sandbox. The investment was 83% in cash and 17% in cryptocurrency.[9]

In March of 2020, The Sandbox announced a partnership with Atari. As part of the partnership Atari's content is available in The Sandbox metaverse. Atari's retro games were converted to be showcased with a 3D voxel look.[10]

In September 2020, The Sandbox announced a partnership with Cloudco Entertainment the owners of the Care Bears franchise. As part of the partnership, players will be able to explore official Care-a-Lot environments inspired by the franchise, as well as purchase Care Bears assets for use in their own creations.[11]

On October 18, 2020, two 6x6 ESTATEs had been sold for 210 ETH worth over $76,000 at the time of the sale. According to the Co-founder of The Sandbox, Sébastien Borget, the two 6x6 ESTATEs were a record sale on the platform and are located right next to the virtual Atari theme park region.[12]

From left to right: Alpha Gate | Alpha Dragon | Alpha Sword
In November 2021, the Sandbox team announced that Sandbox Metaverse Alpha is set to launch on November 29 after four years of development. The Sandbox will open up part of its metaverse to players for the first time via a multi-week play-to-earn (P2E) Alpha event. The event will start on November 29 and will run until December 20, 2021. A select group of 5,000 users will have the chance to earn up to 1,000 SAND and three exclusive NFTs via time spent across 18 experiences developed by the Sandbox team. The three exclusive NFTs will only be available during the event. They will depict a medieval-style gate, a blue-and-black dragon, and a longsword, all of which are usable in The Sandbox metaverse.[13][14]

Each of 5,000 selected users will get the Alpha Pass, an NFT ticket that grants full access to the event. One thousand are up for grabs in a raffle for Sandbox Landowners, and 2,250 more will be given out to Sandbox account holders via daily social contests over a three-week period. These golden tickets will also be on sale on OpenSea between November 29 and December 19, 2021.[13]

In November 2021, the Sandbox raised $93 million from investors led by SoftBank's Vision Fund 2. The latest fund raising came a little over a year after its last round, as the company saw fast growth in monthly active users and crossed $144 million in transaction volume on the platform. The price of the Sandbox coin jumped over 200% after Facebook announced it would change its name to Meta Platforms Inc, which spiked investor interest in companies that build metaverse gaming experience.[15] 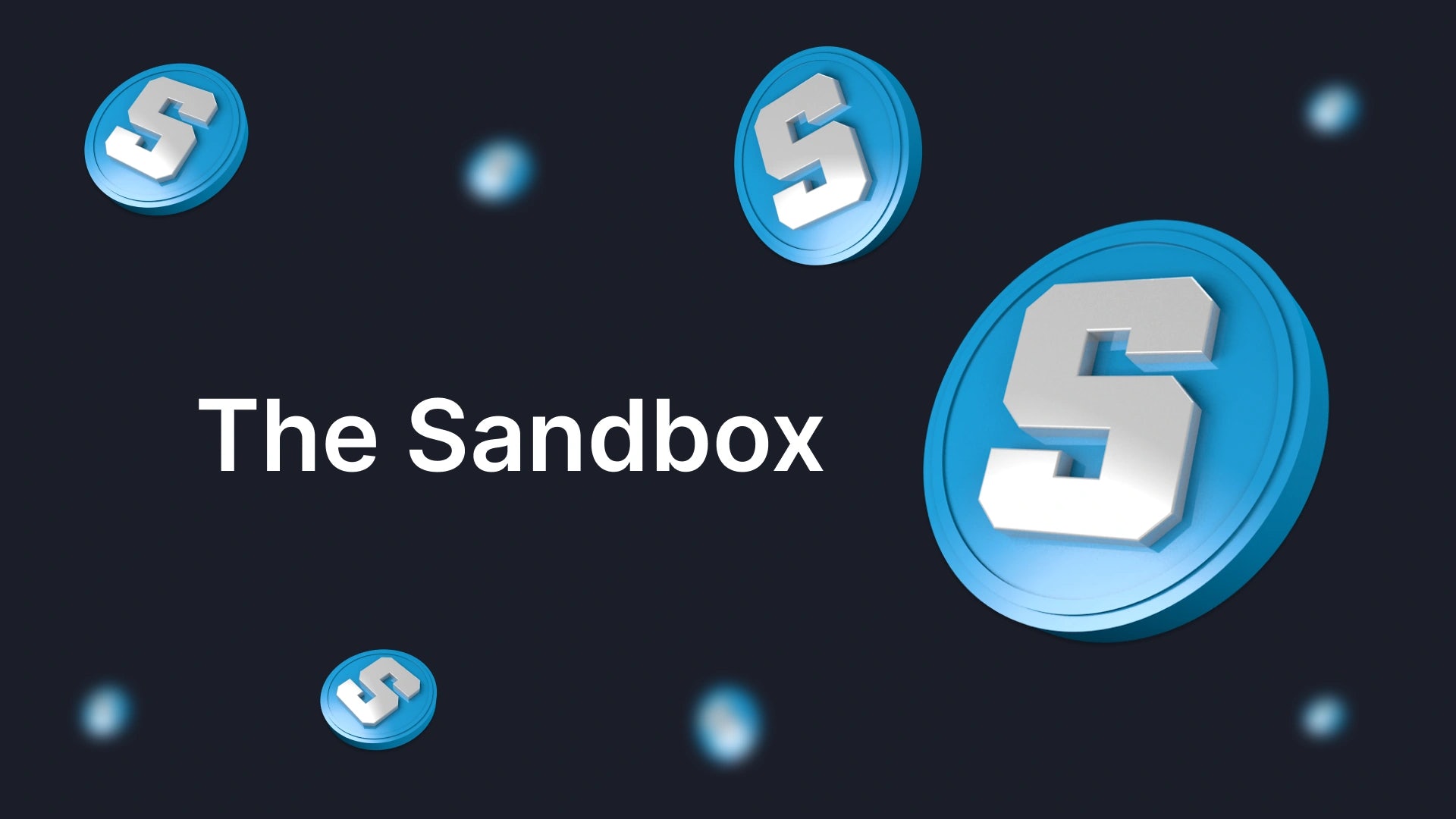 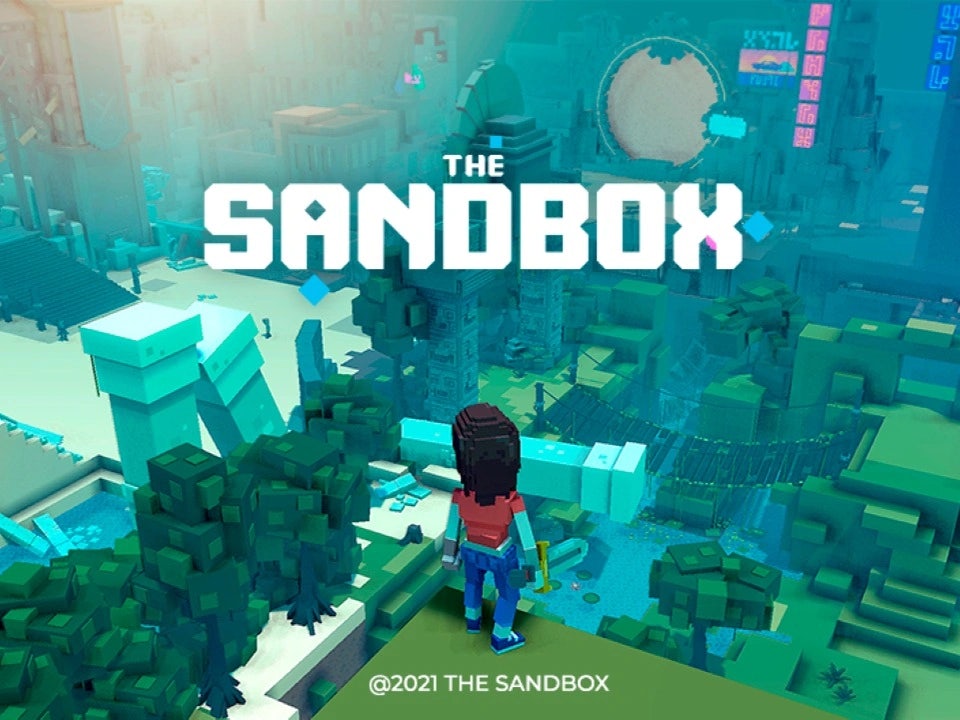 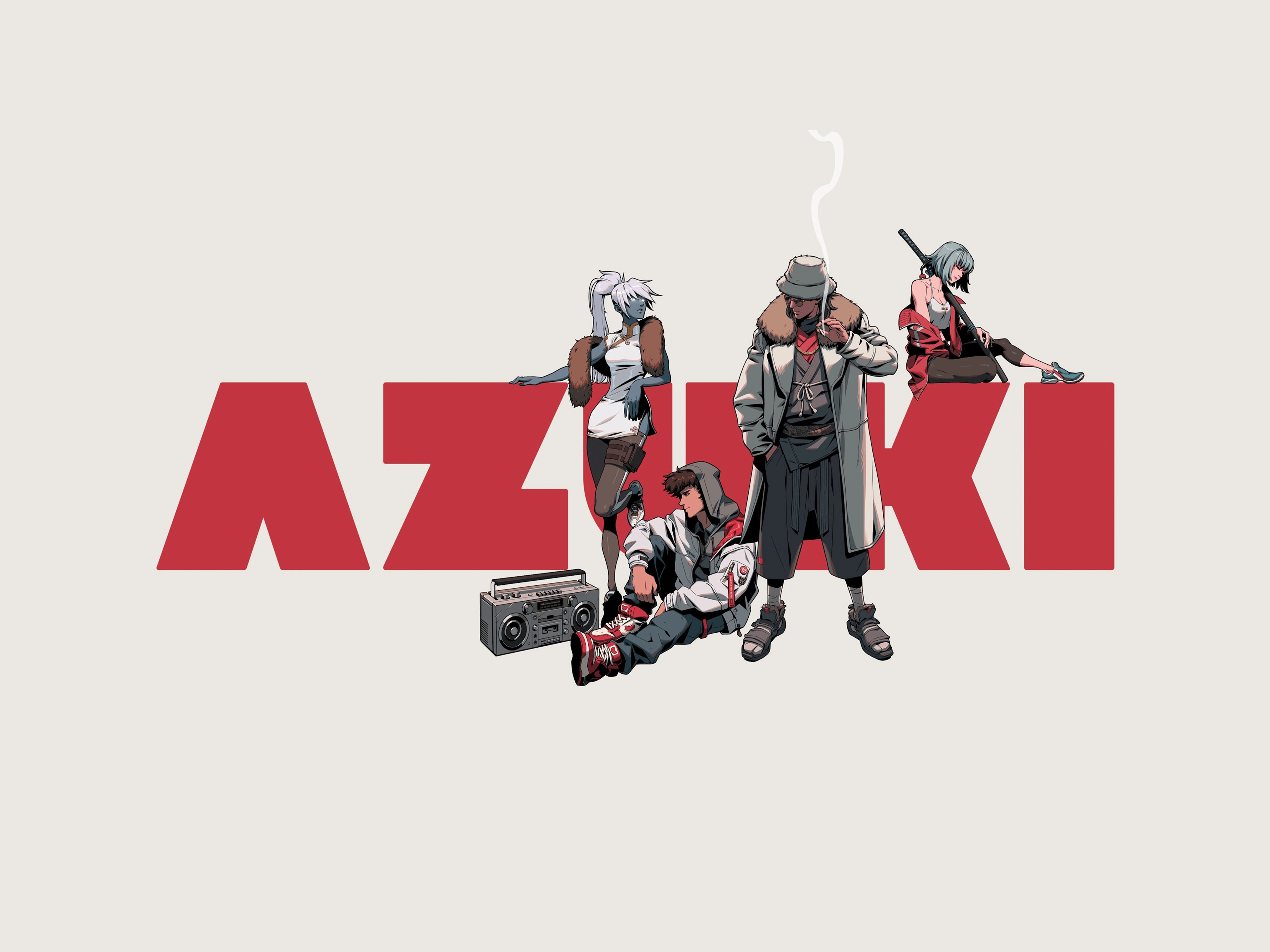 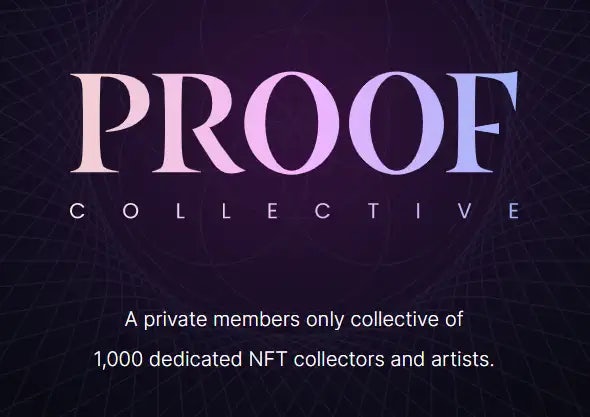 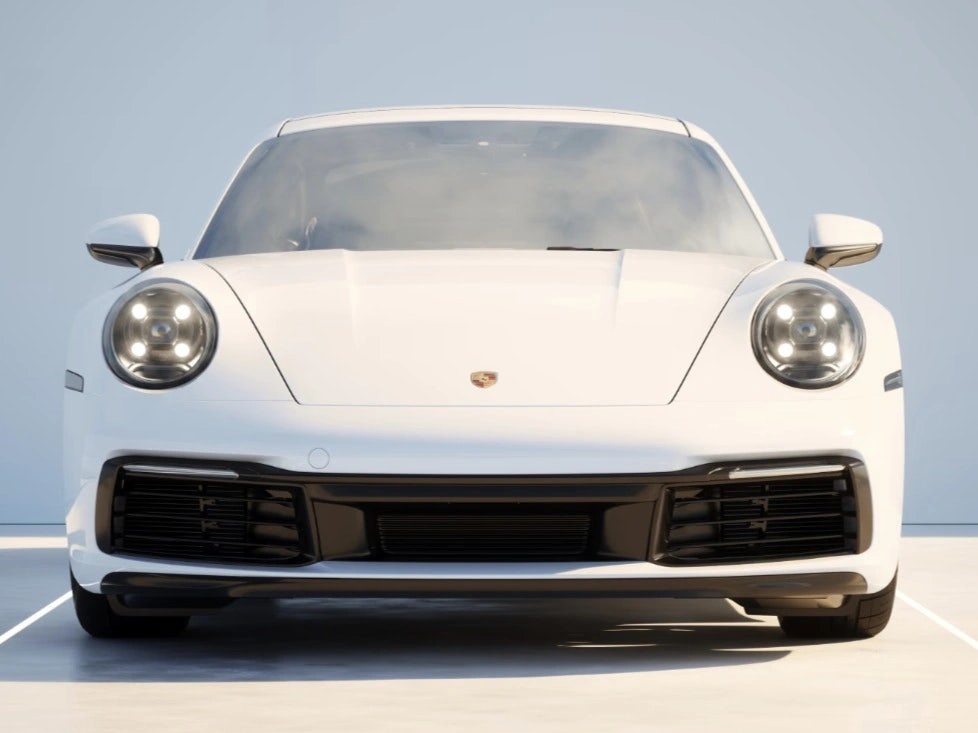 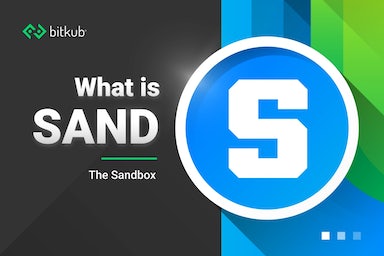 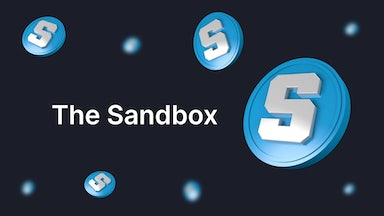 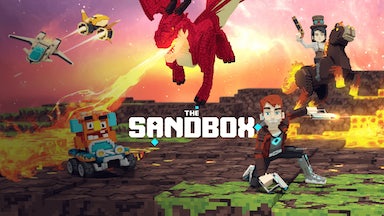 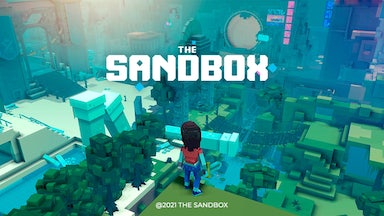 THE EVOLUTION OF THE SANDBOX

What Is The Sandbox?