Sperax launched in 2020 and later transitioned into creating a auto-yielding stablecoin USDs, which was released in December 2021. USDs is a stablecoin that aims to address the limitations of existing stablecoins in the decentralized finance (DeFi) space. It combines the benefits of different stablecoin designs by featuring a 100% backed model like CDP stablecoins, while also adding scalability benefits like those of fiat-backed stablecoins. This is achieved through an on-chain, redemption-based design aiming to make USDs highly scalable, trustless, and decentralized. [2][3]

The Sperax ecosystem utilizes a governance and value accrual token known as SPA. Individuals who hold SPA can stake their tokens to receive veSPA (Vote-Escrowed SPA), which grants them the ability to earn staking rewards and manage the protocol's revenue through voting power in Sperax governance. Currently, off-chain governance is active and the community, represented by veSPA holders, can control various aspects of the USDs protocol such as yield strategies, eligible collateral, and new product features. [2]

Auto-yield is a feature of the USDs stablecoin that allows users to earn rewards and grow their wallet balance without having to take any action. This feature uses the collateral received for minting USDs to generate yield by deploying it in other, audited DeFi projects. The yield, in the form of reward tokens and swapping fees from pools, is shared between USDs holders and SPA stakers. 50% of the yield is used to mint new USDs and distribute it to anyone who holds USDs in their wallet, making it a gas-free way to earn returns. The target yield rate is 11% APY and any additional yield generated above that is stored to help fund the APY during market downturns. Staked USDs are not eligible for auto-yield distribution and only USDs holders on non-contract addresses or externally owned account (EOA) wallets will receive regular auto-yields every 7 days. [4]

Different methods for generating yield are proposed by the community and evaluated for their potential and level of risk. The community then votes on which pools or farms to deploy the collateral in. The current strategies used for yield generation include: [4]

Holders of SPA tokens can participate in staking by locking up their tokens on either the Arbitrum or Ethereum network in exchange for non-transferable veSPA tokens. The amount of veSPA received is proportional to the duration of the lockup period, with longer lockups resulting in greater rewards. Staking rewards are distributed based on the user's veSPA balance and include yield share rewards, fee rewards, and incentive rewards which are originally generated in USDs and are then swapped for SPA tokens before distribution. [5]

When the governance protocol is launched, voting power will also be determined by the user's veSPA balance, with those who have locked up for longer periods having more voting power. However, it's important to note that veSPA balance will decrease over time and therefore, stakers can increase their veSPA balance and rewards by extending the locking period, locking up more SPA or by re-staking SPA rewards. [5]

The Demeter protocol allows users to launch and manage decentralized exchange liquidity pools for their DAO's native token. The protocol provides engineering, marketing, and financial support to launch and manage the pool, including whitelisting on the Demeter active farms dashboard, fixed SPA emissions from the SPA gauge, and discounted launch fees for farms paired against USDs or SPA. Users can provide liquidity to the UNI-V3 SPA-USDs pool via the Sperax UI to create LP tokens, which can then be staked on the farm contracts for rewards. Users can choose to lock their LP tokens for additional rewards and a guaranteed minimum APR but must initiate a 21-day cooldown period before exiting the farm. [6]

The Sperax off-chain governance process involves a three-phase process for submitting, discussing, and voting on proposals for the protocol. The first phase is casual ideation, where ideas are shared and discussed on the Sperax Discord channel. The second phase is the governance proposal, where formal proposals are submitted on the Sperax Governance Forum and discussed for a minimum of 48 hours. The third phase is the Snapshot vote, where a poll is created for community members with veSPA tokens to vote on the proposal. The proposal must receive more than 50% in "Yes" votes, and have a minimum quorum of 20 million veSPA votes to pass. If it passes, it moves on to the Sperax Improvement Plan (SIP) phase, where it is implemented. If it does not pass, it enters a cooldown period before it can be resubmitted. [7]

The Sperax buyback contract is designed to decentralize the process of buying back SPA tokens while also increasing the Total Value Locked (TVL) of USDs with protocol revenue. Users can purchase USDs directly with SPA through the contract. The USDs available for purchase come from two sources: mint/redeem fees and yield. 50% of the SPA bought back is distributed to veSPA holders as a reward, while the rest is burned. The protocol yield is collected in multiple tokens, converted to USDs, and a portion is sent to the buyback contract, while the rest is transferred to the auto-yield reserve. Protocol fees are also collected in USDs and deposited in the buyback contract. Any user or external wallet can sell their SPA for USDs, and 50% of the SPA received is burned and the remaining 50% is sent to the veSPA rewarder. The percentages for yield share and burn can be changed through governance. [8]

The Demeter protocol is a tool that allows decentralized autonomous organizations (DAOs) to easily launch and manage decentralized exchange liquidity pools. It is designed to be user-friendly and eliminates the need for coding knowledge. The first version, Demeter V1, enables users to launch incentivized liquidity pools on Uniswap V3, and future versions will support custom liquidity shapes on other major decentralized exchanges. Demeter is currently available on Arbitrum and will soon be expanded to other blockchains like Optimism, Polygon, and Ethereum. It offers engineering, marketing, and financial support for DAOs launching farms, including a discounted fee for launching farms against USDs or SPA, and a whitelisted farms dashboard for increased visibility. The fee paid for launching farms is used to burn SPA tokens, which helps reduce the SPA supply and increase its value. [9][10] 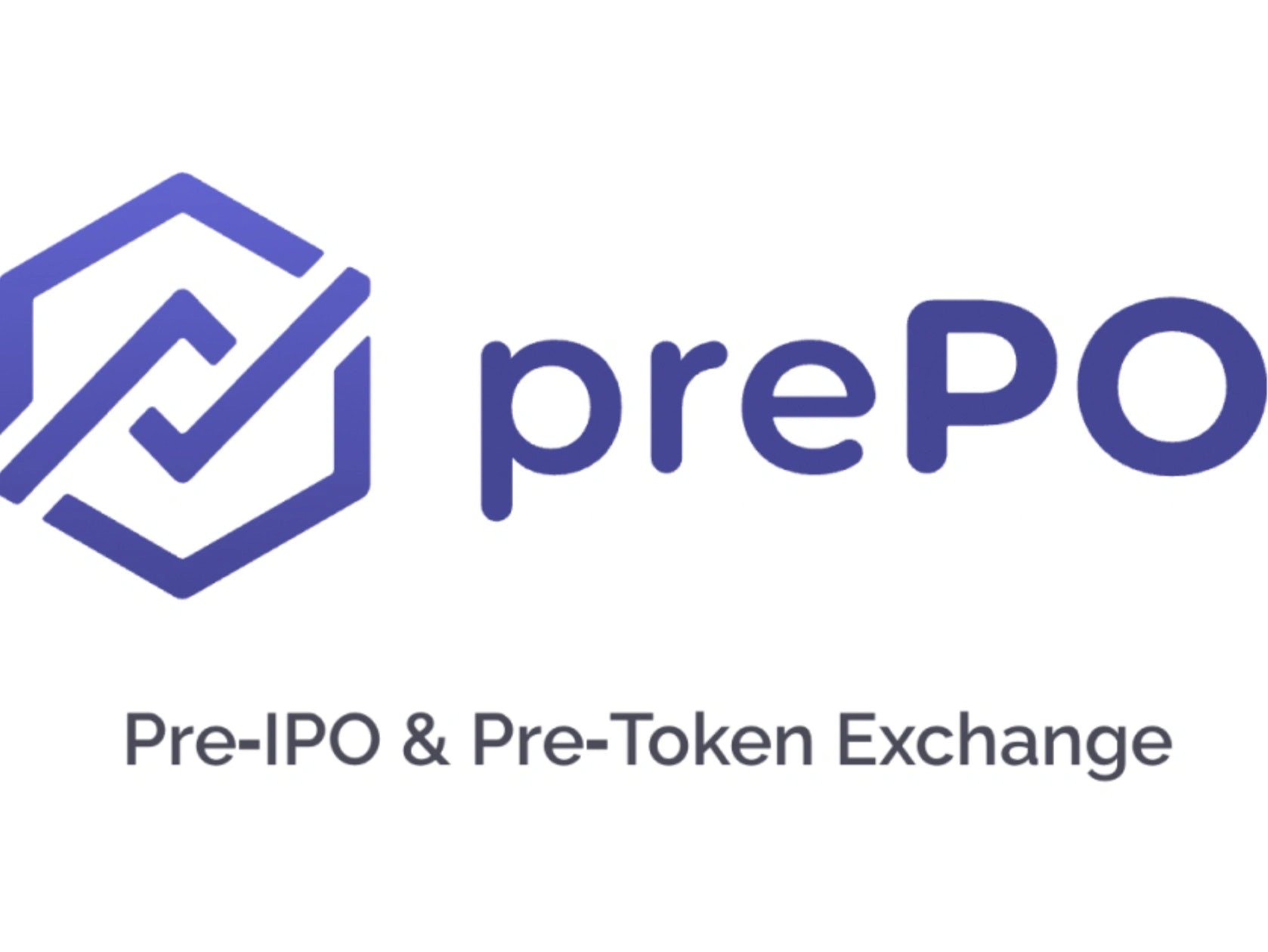 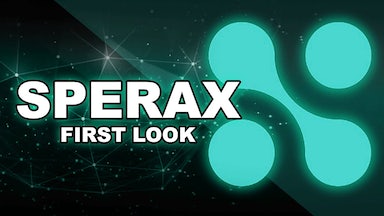 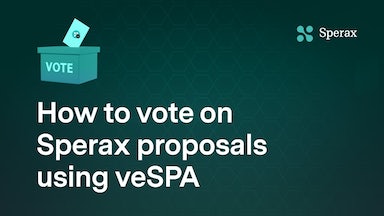 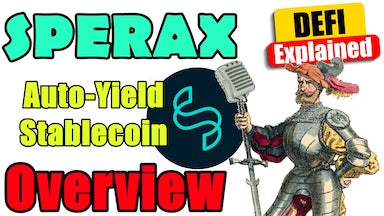 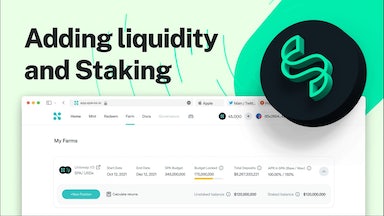 About section on site