Arbitrum is a suite of Ethereum scaling solutions that enable high-throughput, low-cost smart contracts while remaining fast and secure. The platform is designed to allow developers to easily run unmodified Ethereum Virtual Machine (EVM) contracts and Ethereum transactions on a second layer, while still benefiting from Ethereum's excellent layer 1 security.[1][2]
In January 2019, Arbitrum raised $3.8 million through seed funding and also $20 million series A. In 2021, they raised $120 million through a Series B, which was led by the Lightspeed Venture Partners fund.[3]

In May 2021, Off-chain Labs launched the mainnet beta of Arbitrum One, but only to developers, with over 300+ dApps deployed & over $1 billion in TVL.

In June 2022, Arbitrum Odyssey, an 8-week program, was launched to popularize and attract users to the L2-network Arbitrum One. It is divided into eight stages, each of which is dedicated to a different aspect of the Arbitrum ecosystem.[7]

Arbitrum is a trustless layer 2 protocol for cheap, fast transactions with full Ethereum smart contract functionality. It utilizes the transaction roll-up technique to record batches of submitted transactions on the Ethereum main chain and execute them on low-cost, scalable layer 2 sidechains while leveraging Ethereum to ensure correct results. This process eradicates much of Ethereum's current computational and storage burden while enabling new classes of powerful layer 2-based DApps.

Arbitrum's goal is to provide developers with an easy-to-use platform for launching highly efficient and scalable Ethereum-compatible smart contracts. In the Arbitrum network, ETH is used to pay transaction fees. Transferring to the Arbitrum network is typically 90–95% less expensive than transferring to Ethereum, and there is significant room for further commission reduction.[9]

For any users to interact with an Arbitrum chain, a set of Nodes will forward their transactions to the Arbitrum Sequencer (a specially designated Arbitrum full node that, under normal conditions, is responsible for submitting users’ transactions onto L2), which will report transaction results just as an Ethereum node would but in a much faster way. The transactions are then recorded on the Ethereum blockchain, ensuring that all underlying data is accessible to users. On Ethereum, once a transaction has reached finality, it is considered final and cannot be replaced or re-reordered. The transaction's outcome is complete at this point.

Following the posting of transaction data to the Ethereum blockchain, transaction execution is moved off-chain and performed by Arbitrum validators. Arbitrum validators recover their off-chain processing results in the form of an assertion (sometimes called a rollup block). The assertion is optimistically posted on the Ethereum chain, proof is only attached if the assertion is challenged. Validators place a bet that they will forfeit if they are caught trying to cheat. This ensures that validators have an incentive not to engage in dishonest behavior.

Whenever an assertion is posted, a challenge window opens in which any validator can challenge it. Other validators verify the assertion and prove fraud if it is incorrect. Validators who successfully prove fraud will be rewarded handsomely. If the challenge window expires without a successful challenge the correct assertion is confirmed and accepted by Ethereum. This makes Arbitrum reliable in preventing fraud as long as anyone validating the chain is honest.[12][13]

Being compatible with Ethereum, Arbitrum can run unmodified EVM contracts and unmodified Ethereum transactions. This allows Ethereum DeFi developers to integrate their decentralized applications (dapps) with Arbitrum without having to make any modifications.[10]

Arbitrum is designed and engineered to minimize the system's L1 gas footprint, lowering each transaction cost. Arbitrum's efficient roll-up technology allows it to reduce fees to a fraction of what they are on Ethereum while still providing sufficient incentives for validators.[5]

Artbitrum scales through Ethereum by moving contracts computation and storage off of the main Ethereum chain, allowing much higher throughput.

Arbitrum has its security rooted in Ethereum, with permissionless validation, the Arbitrum protocol is trustless. The safety of the chain relies on there being at least 1 honest validator.

There are currently two chains live on Arbitrum mainnet:

Arbitrum One is an optimistic rollup L2 scaling solution for Ethereum, offering fast & cheap transactions tailored for Defi and NFTs.
Users can now use Alchemy, Infura, QuickNode, Moralis, Ankr, BlockVision, and GetBlock to interact with the Arbitrum One.

Arbitrum Nova utilizes the Anytrust scaling model offering even lower transactions tailored more for gaming/social applications. Nova is an EVM-compatible chain built on Arbitrum AnyTrust technology that is optimized for ultra-low-cost transactions while providing strong security guarantees. Nova was made available to the public in August 2022. Nova is ideal for gaming projects, social layers, or any application that requires high throughput while maintaining low transaction costs.

Nova is powered by the most trusted organizations across web2 and web3, including Offchain Labs, Reddit, Google Cloud, Consensys, and FTX.[15][16]

Arbitrium uses the Optimistic Rollups concept, which allows developers to quickly launch smart contracts and decentralized Ethereum applications with lower transfer fees and increased bandwidth while making no changes. An optimistic rollup is a specific technique for rolling up transactions. To speed things up, optimistic rollups assume that the transactions contained within the rollup are valid. They are optimistic in the sense that when they post the updated state to Ethereum they do this without posting any proof at all.[14]

Arbitrum's optimistic rollups are settled on a private sidechain. Arbitrum gathers transactions in batches, settles them on its sidechain, and then feeds the transaction data back to the Ethereum blockchain ledger.

The team built Arbitrum as an Optimistic Rollup (OR) because they believe that OR is the best way to meet users’ realistic needs for a secure, trustless, EVM-compatible L2.

AnyTrust is a variant of Arbitrum Nitro technology that lowers costs by accepting a mild trust assumption.

Arbitrum AnyTrust introduces a trust assumption in exchange for lower fees, data availability is managed by a Data Availability Committee (DAC), a fixed, permissioned set of entities which includes :

Arbitrum is built by Off-chain Labs, a world-class team of researchers, engineers, and Ethereum enthusiasts. The team includes a global community of developers, academics, and operators, with deep experience in cryptography, decentralized systems, and game theory. 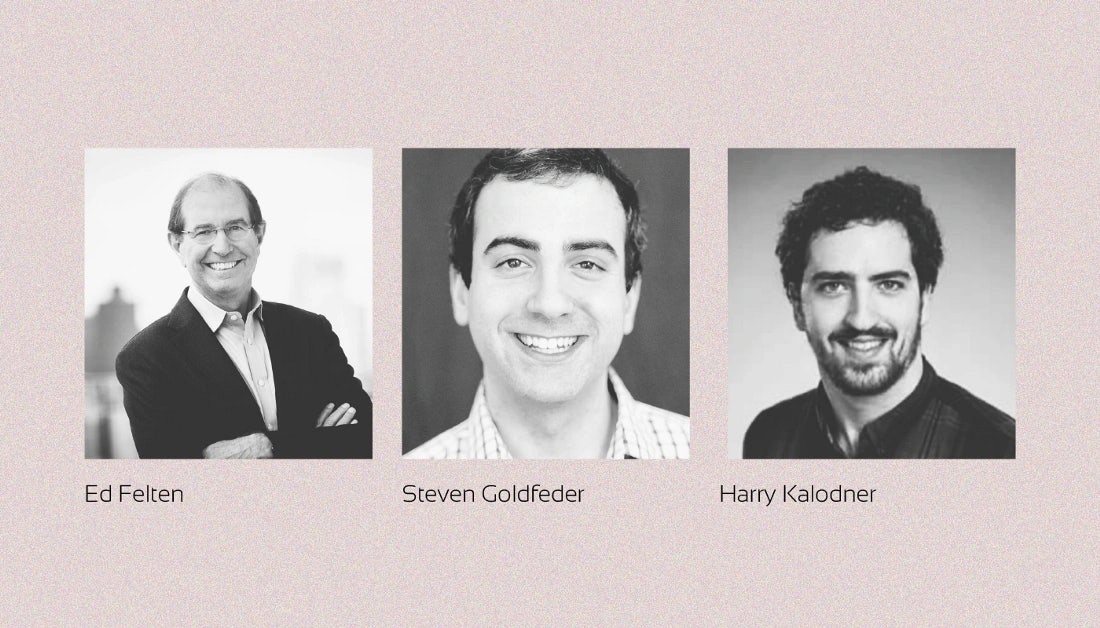 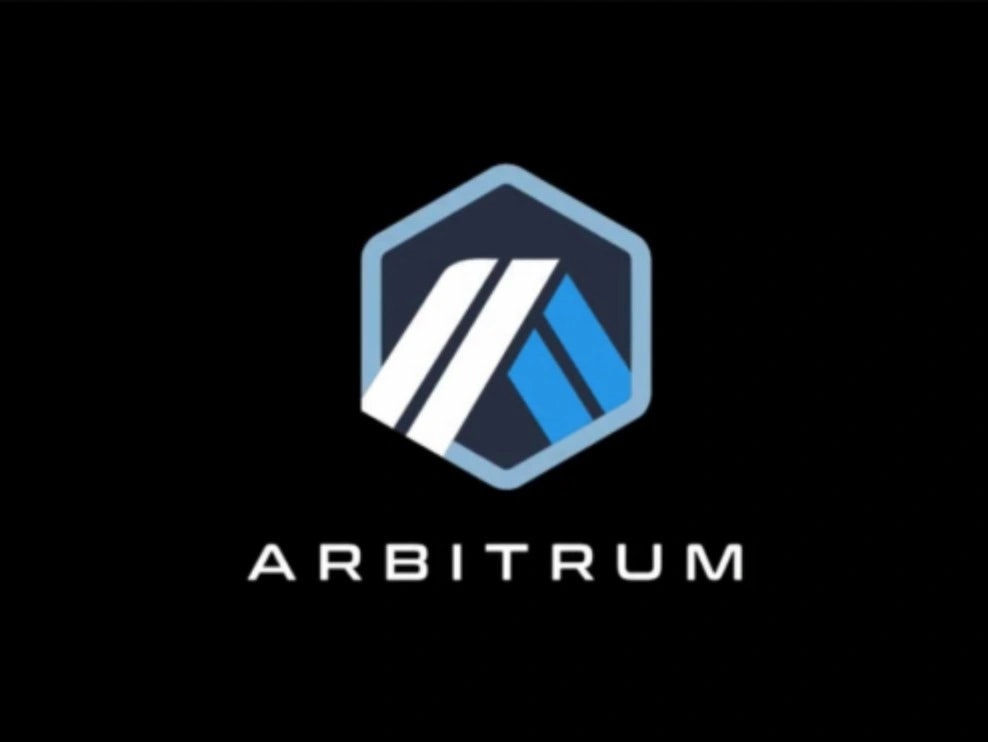 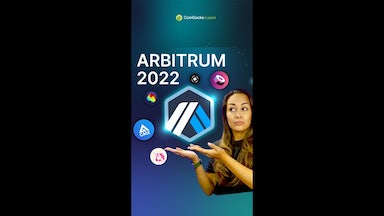 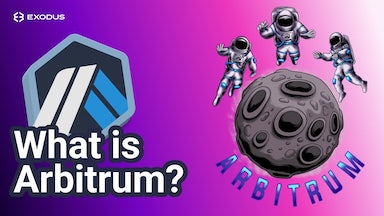 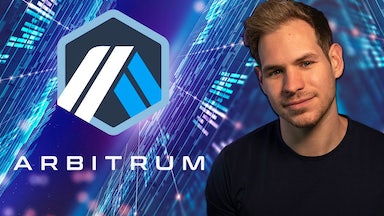 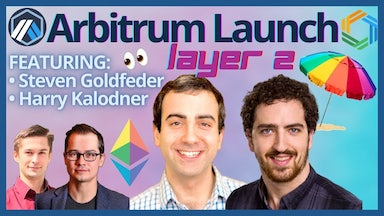 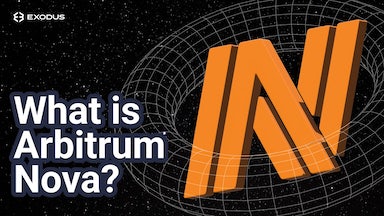 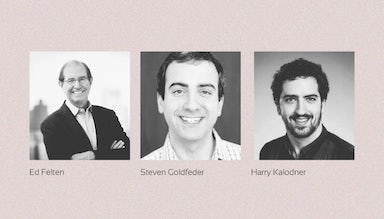 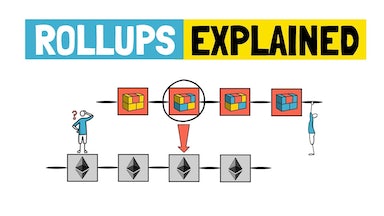