Decentralized applications (dApp, Dapp, or DApp) are designed as open-source projects that run on top of a blockchain network. The distributed nature of these networks provides users with transparency, decentralization, and resistance to attacks.

Decentralized applications fuel their own activity through a tokenized system (digital tokens created through the use of smart contracts). Tokens can be specific for a particular DApp (the Steem token used on Steemit), or they can be native to the blockchain that hosts the DApp, like in the case of CryptoKitties using ether (ETH)[1].

Decentralized applications have existed since the advent of P2P networks. They are a type of software program designed to exist on the Internet in a way that is not controlled by any single entity.

Decentralized applications don’t necessarily need to run on top of a Blockchain network. BitTorrent, Popcorn Time, Bitmessage, and Tor, are all traditional DApps that run on a P2P network, but not on a Blockchain (which is a specific kind of P2P network). Blockchains, in particular, are most often used for creating the reward and incentive systems just mentioned by associating with the app a token, or unit of cryptocurrency, that is provided in exchange for contributing value to the app[6].

As opposed to simple smart contracts, in the classic sense of Bitcoin, that send money from A to B, DApps have an unlimited number of participants on all sides of the market[4].

DApps are blockchain-enabled applications, where the smart contract is what allows it to connect to the blockchain. The easiest way to understand this is to understand how traditional websites operate.

The traditional web application uses HTML, CSS, and Javascript to render a page. It will also need to grab details from a database utilizing an API. When you go onto Facebook, the page will call an API to grab your personal data and display them on the page.

Decentralized applications are similar to conventional web applications. The front end uses the exact same technology to render the page. The one critical difference is that instead of an API connecting to a Database, you have a Smart Contract connecting to a blockchain.

Decentralized applications consist of the whole package, from the backend to frontend. The smart contract is only one part of the DApp: Frontend (what you can see), and the Backend (the logic in the background).

A smart contract, on the other hand, consists only of the backend, and often only a small part of the whole dApp. That means if you want to create a decentralized application on a smart contract system, you have to combine several smart contracts and rely on 3rd party systems for the front-end.

DApps can have frontend code and user interfaces written in any language (just like an app) that can make calls to its backend. Furthermore, its frontend can be hosted on decentralized storage such as Swarm or IPFS.

For an application to be considered a DApp in the context of Blockchain, it must meet the following criteria:

A whitepaper is published describing the DApp and its features. This whitepaper can outline the idea for DApp development but also entail a working prototype.

There might be a token sale: Initial tokens sale is set up or also called Initial Coin Offering (ICO) by which the ownership stake of the DApp is spread. Launch funds are invested in building the DApp and deploying it.[5]

EOS, Ethereum, TRON, IOST, Steem (blockchain) and other similar blockchains intend to create a protocol for building decentralized applications. These are platforms you can use now to deploy a full-featured application, to a relatively broad community, with relatively available developer tools.

Those kinds of blockchains provide developers with a foundational layer: a blockchain with a built-in Turing-complete programming language, allowing anyone to write smart contracts and decentralized applications where they can create their own arbitrary rules for ownership, transaction formats, and state transition functions.

Dapps can be browsed on marketplaces such as State of the DApps, Dapp.com, Holdex, DAppRadar and CoinGecko. 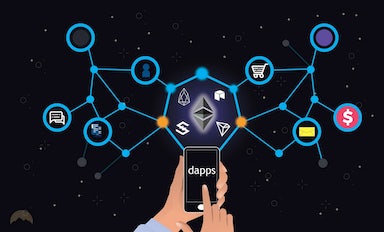 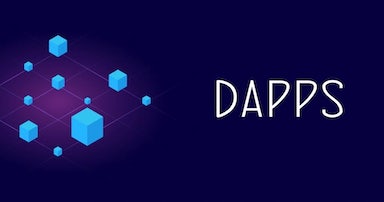 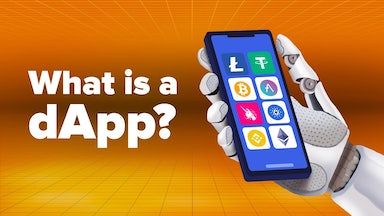 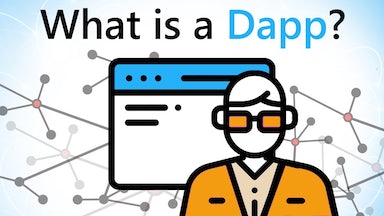 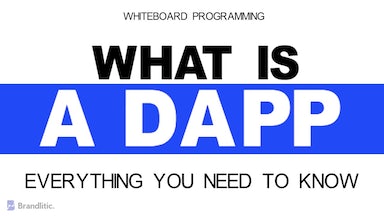 What is a dApp