Web3 (also known as Web 3, Web 3.0) is the next generation of Internet technology that mainly relies on machine learning, artificial intelligence (AI), and blockchain technology. Web3 represents a serverless internet architecture, generally called a decentralized web, that aims to provide individuals control over data access and management rights rather than any centralized authority.[1]

According to Web3 Foundation:

Web 3 is the vision of the serverless internet, the decentralized web. An internet where users are in control of their own data, identity, and destiny.[4]

In 2014, shortly after Ethereum's launch, Gavin Wood, co-founder of Ethereum, came up with the concept of "Web 3.0". Gavin presented a solution to a concern shared by many early cryptocurrency adopters: the Web demanded too much trust. That is, most of the Web people know and use today relies on trusting a handful of private companies to act in the public's best interests. Web 3.0 aims to offer users control over the content they access online and also to create a semantic web.[3]

Web3 is powered by technologies and concepts such as blockchain, self-sovereign identity, and decentralized storage systems, transforming the traditional concept of data ownership and giving authority to the users. Applications and solutions built on the web3 ecosystem are truly decentralized with features integrated such as enhanced security, functionality, no censorship, and data authenticity.[6]


Web 3.0 is driven by four new layers of technological innovation:

In 1990, Berners-Lee pioneered the early development of the internet as a computer scientist at European researcher CERN.2. As of October 1990, Berners-Lee had written the three fundamental technologies that became the foundation of the web, including the very first webpage editor/browser (WorldWideWeb.app):

The debut of web browsers like Netscape Navigator in the middle of the 1990s marked the beginning of the Web 1.0 era. Most internet users at that time were delighted by the novelty of features such as email and real-time news retrieval. Content creation was still in its inception, and users had little opportunity for interactive applications.[7]

Web 2.0 highlights a paradigm shift in how people utilize the internet since 2004. The monotonous web pages of Web 1.0 have been totally overtaken by Web 2.0's interactivity, social connection, and user-generated content over the last 15 to 20 years. Web 2.0 makes it possible for user-generated content to be viewed by millions of people around the world virtually in an instant; this sort of content has accelerated in recent years due to its unrivaled reach.

Instead of a read-only, the web evolved to be read-write. Instead of companies providing content to users, they also began to provide platforms to share user-generated content and engage in user-to-user interactions. As more people came online, a number of top companies such as Apple, Amazon, Google, and Meta began to control a disproportionate amount of the traffic and value generated on the web. Web3 also created a revenue model based on advertising. While users could create content, they didn't own it or benefit from its monetization.[8]

Web 3.0 seeks to decentralize and open up the Internet. Users of the internet in 2022 are dependent on network and cellular service providers who monitor the data passing through their systems. With blockchain technology, users can take ownership of their data. Web 3.0 represents the next phase of the web and the internet, and has the potential to usher in a significant paradigm shift as Web 2.0 did. The fundamental ideas of decentralization, openness and increased consumer usefulness form the foundation of Web 3.0.[7]

While web3 has several advantages over web2, it also includes the following key features that have the potential to transform how the current state of the web:[10]

What is Web3? The Decentralized Internet of the Future

Web 3.0 makes it possible for machines to interpret information similarly to humans with the aid of the Semantic Web and technologies based on natural language processing. The web3's capacity to make internet data machine-readable is referred to as the semantic web. The concept of a semantic web also aims to make cross-chain data sharing possible between various applications and businesses. The semantic web distributes content, user data, and related information in this manner effortlessly. In addition, machine learning—a branch of artificial intelligence (AI) that uses data and algorithms to simulate human learning and steadily increase accuracy—is incorporated into Web 3.0.

With Web3, content and information are now easier to access across applications, and with a rising number of everyday gadgets connected to the internet thanks to Web 3.0. The Internet of Things is one such example.

Blockchain technology is used by decentralized applications, which are not owned or managed by a centralized authority. Web3 supports development that is advanced both in terms of features and usability. Web3 dApps include those for metaverse, DeFi, NFTs, DAOs, and gaming. dApps designed for web3 projects are truly decentralized and interoperable. However, dApps for the blockchain ecosystem do not necessarily need to be interoperable unless the project demands so.


With blockchain at its core, Web 3.0 enables a wide range of new apps and services, including the ones listed below:
See something wrong? Report to us. 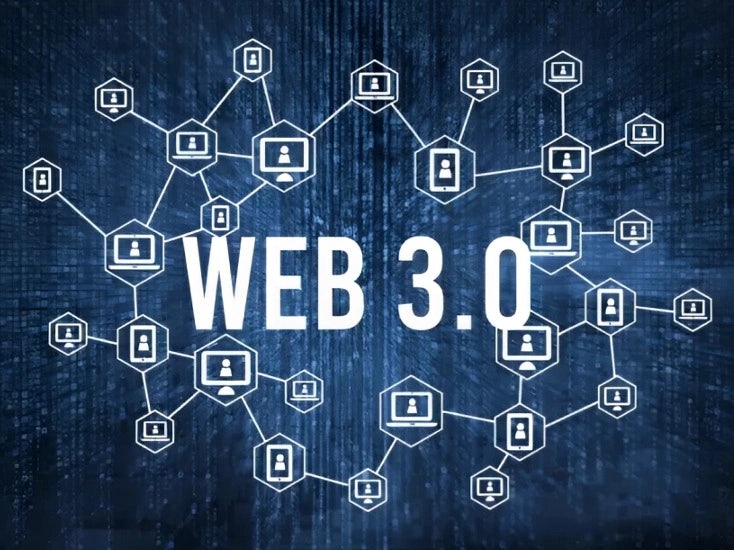 What is Web3? The Decentralized Internet of the Future

What Are Web3 Cryptos?