JPEG'd is a blockchain-based lending protocol that enables participants to open collateralized debt positions (CDPs) using non-fungible tokens (NFTs). The JPEG'd protocol allows users to deposit their NFTs such as Cryptopunks, Bored Ape Yacht Club, and Mutant Ape Yacht Club into a smart contract to mint a stablecoin, PUSd. This gives users liquidity on their NFTs and the ability to earn yield in DeFi.[1]

On April 27, 2022, The JPEG'd Protocol was launched and immediately saw a deposit of 50 Cryptopunks as collateral and obtained a line of credit in less than 12 hours after launch.[4]

On March 1, 2022, The JPEG'd project was launched with the aim of bridging the gap between DeFi and NFTs enabling NFT holders to open non-fungible debt positions (NFDPs) using their non-fungible tokens as collateral. In the future, it will expand into all NFTs and see musical artists own the rights to their music as an NFT and obtain a line of credit in the form of $PUSd.[7]

The interest rate for loans is around 2% APY and is dynamically adjusted over time to remain competitive. Users also pay a 0.5% withdrawal fee. Both of these fee structures help to power the treasury and incentivize continued liquidity provision. Interest accrues as long as the user has an open debt position, and full repayment is required in order for the user to retrieve their NFT from the JPEG’d vault.[1]

JPEG’d is founded and advised by The Chad Council. The council has some of the most knowledgeable and reputable people in the DeFi and NFT space. They include Tetranode, Dopex, The LAO, DC Investor, Carson Cook, and many others. In February 2022, the council announced that they had raised $2 million for 5% of the supply nearly entirely from angel investors.[9]

In October 2022, JPEG'd announced that the Azuki and pudgy penguins vaults are open for deposits and borrows with 2% borrow rate on PUSd and 5% on pETH.[16]

$JPEG is the native utility and governance token of JPEG'd with a total supply of 69,420,000,000. By making proposals and casting votes on them, token holders can participate in governance. Governance consists of adjusting the protocol's settings, such as vault debt limits, and interest rates, or allowing higher credit limits for certain NFTs.

Initially, $JPEG was designed as a governance token with no intrinsic value that could be used to vote on proposals. The protocol's users can alter a number of variables, such as interest rates and liquidation costs. By encoding it in a smart contract, the token can also be used to raise the credit limit of particular NFTs that have been approved by governance.[11]

$PUSd is a synthetic stablecoin, native to the protocol. When users initiate an NFDP and transfer their NFT to a JPEG-enabled vault, they always receive their loan amount in $PSUd. As a result, loans may be disbursed without any issues, and the protocol has greater direct control over how it manages and settles debts.[1]

This stablecoin is designed to be pegged 1:1 with USD and JPEG’d have several mechanisms in place to help ensure that it does, such as liquidity bootstrapping initiatives and partnerships with other protocols, such as Abracadabra and Tokemak, to develop Factory Pools on Curve. This allows users to take out their loan in $PSUd and then swap it for other stablecoins like $MIM, $USDC, or $USDT. Users can also earn liquidity provider rewards by adding liquidity to this Curve pool.[5]

pETH is synthetic Ethereum native to the JPEG’d protocol. The pETH vaults work identically to the pUSD vaults. Users deposit their NFTs and mints pETH and either becomes a liquidity provider in the Curve pETH / ETH pool or swap their pETH for another asset.[17] 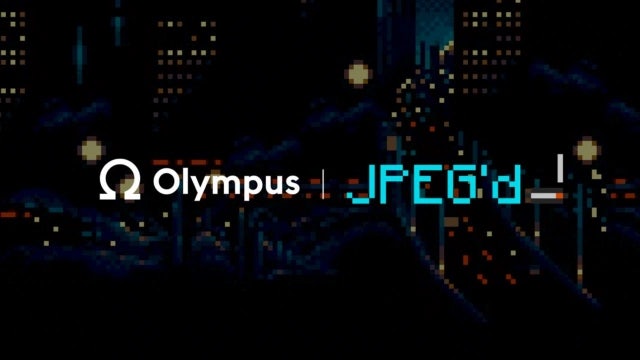 On November 12, 2021, JPEG’d announced its launch of Olympus Pro bonds as one of the first NFT-focused protocols to utilize bonds for liquidity. Olympus DAO helped oversee the JPEG launch as a bond program for its ETH/JPEG liquidity pool. There is an ETH/JPEG liquidity pool on SushiSwap, enabling holders of JPEG to purchase or sell their JPEG tokens.[12]
medium.com

On November 15, 2021, JPEG’d announced its intentions to pursue various strategies utilizing Tokemak, beginning with launching a “Token Reactor” to deepen JPEG’s liquidity at the token’s launch. Tokemak is a novel DeFi primitive designed to generate sustainable liquidity. Token Reactors are token-specific, Impermanent Loss-mitigating depositories where “Liquidity Providers’’ are incentivized to deposit tokens (OHM, ALCX, SUSHI, etc.), and holders of the native protocol token “TOKE” can stake their TOKE as “Liquidity Directors’’ to direct those assets to DEXs as liquidity.[13]

On November 19, 2021, JPEG'd announced its partnership with Abracadabra Money. The team announced that it was seeding a liquidity pool incorporating MIM, the stablecoin of the Abracadabra protocol.[14] 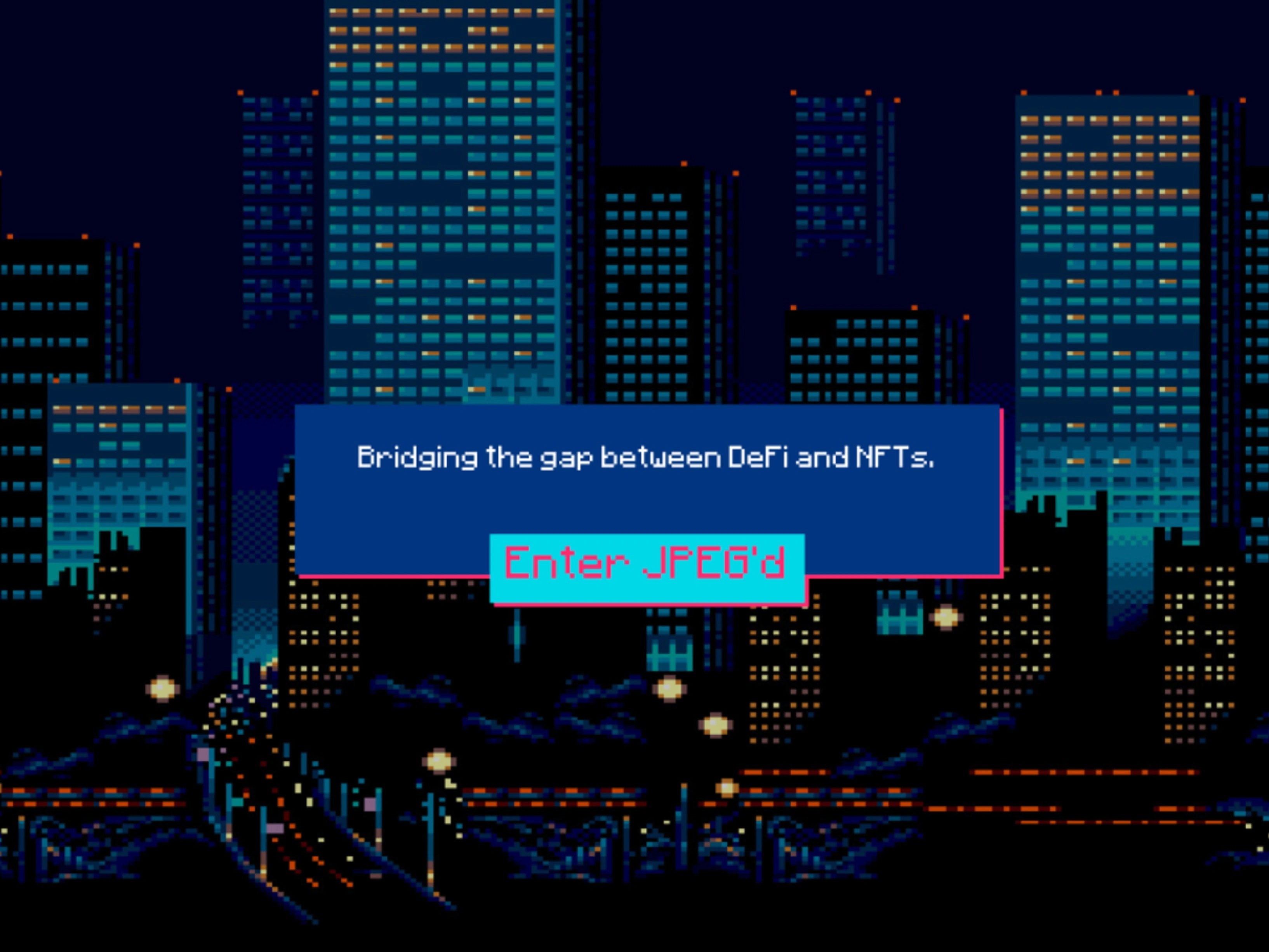 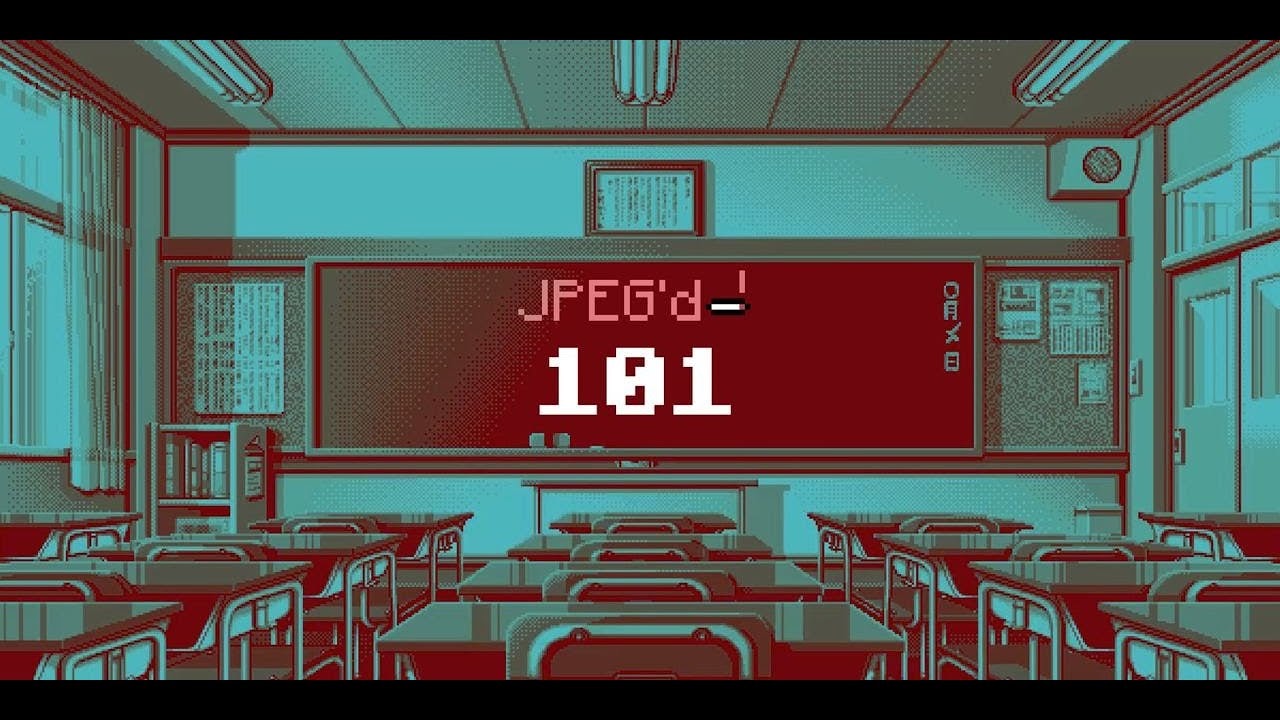 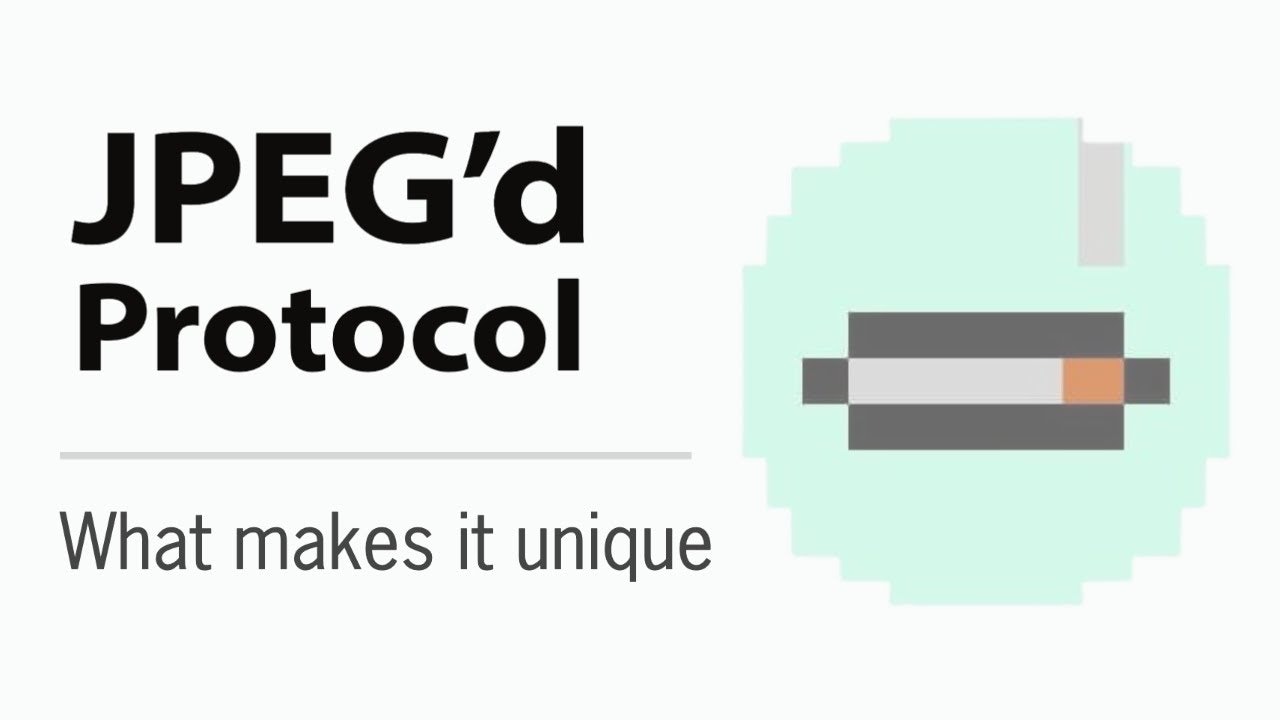 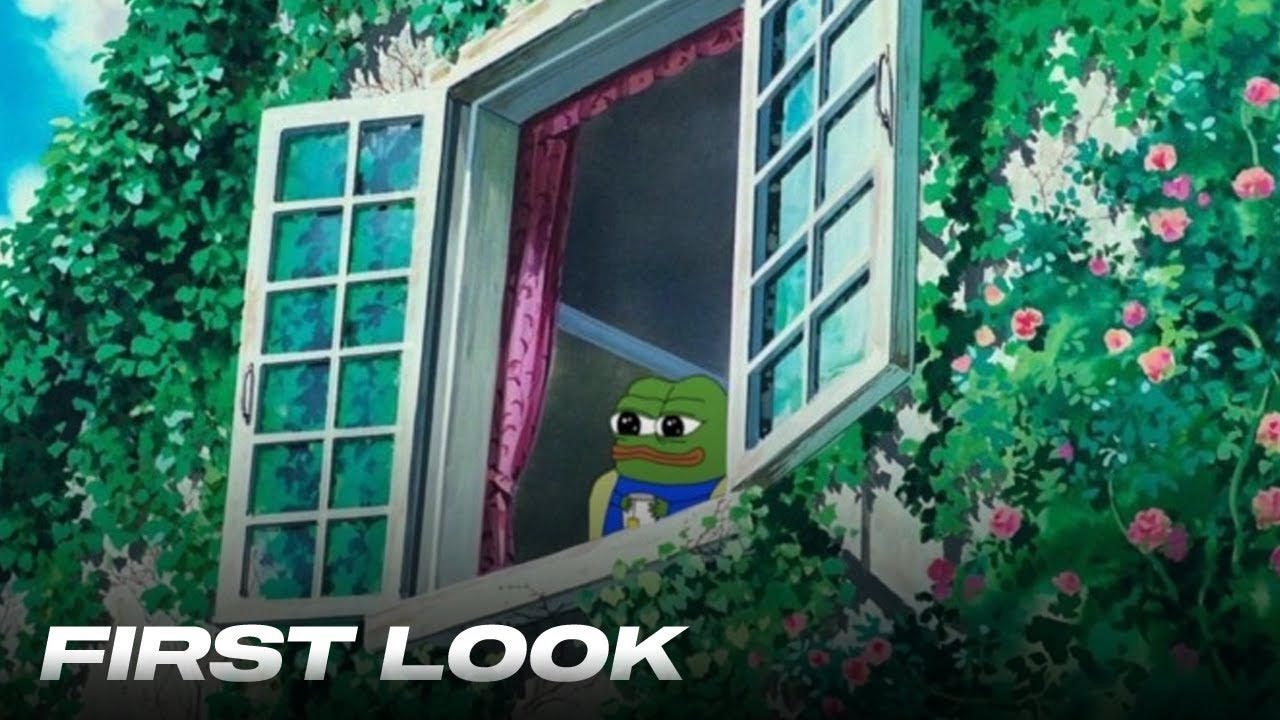 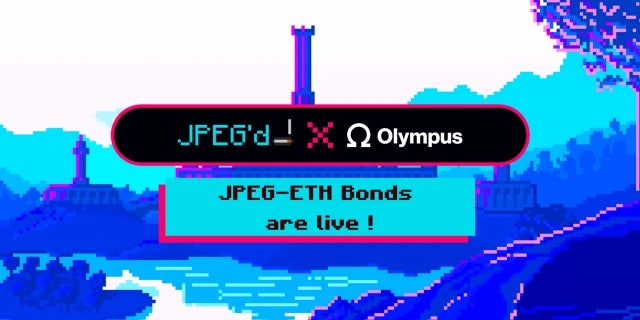 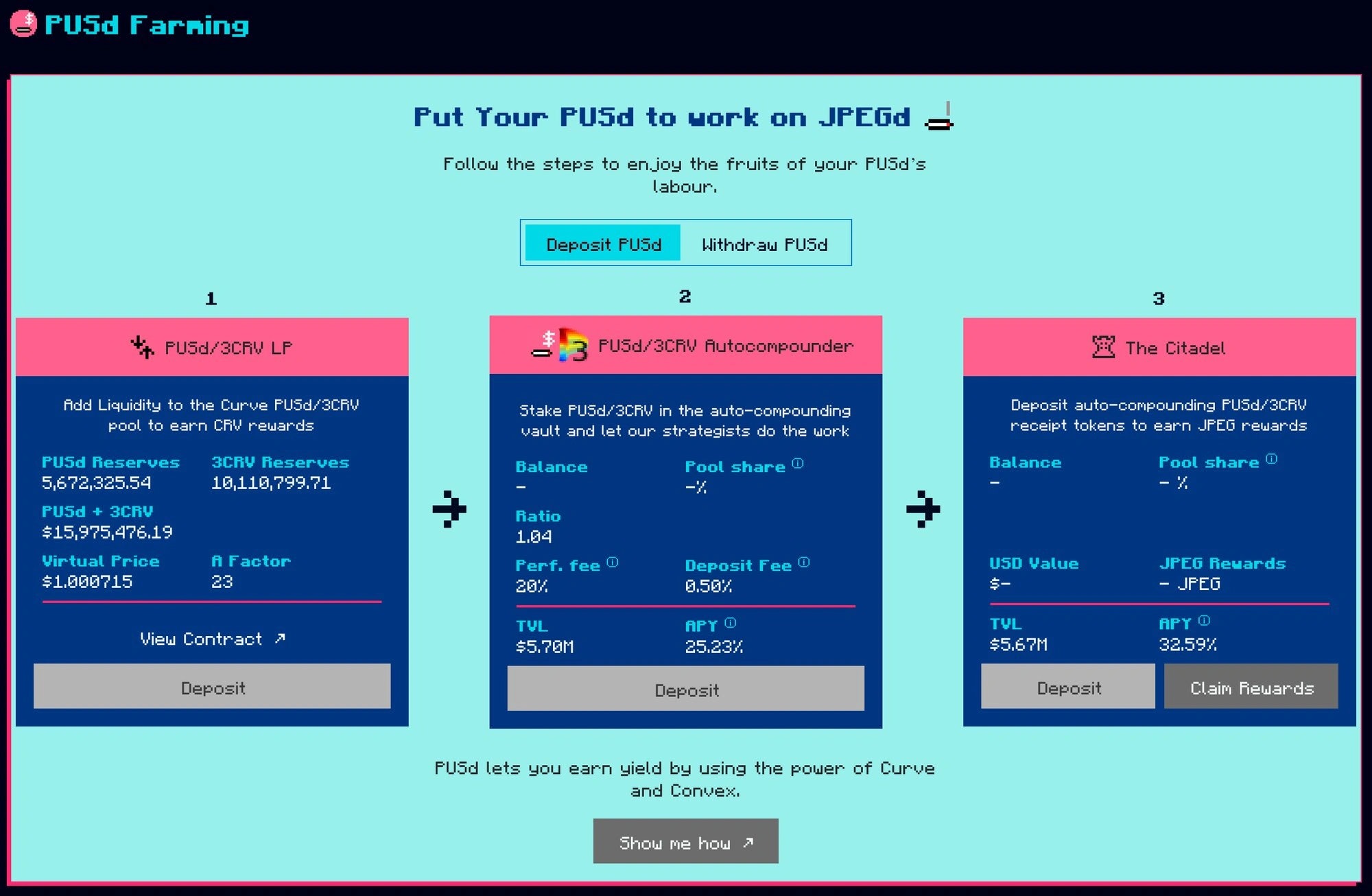 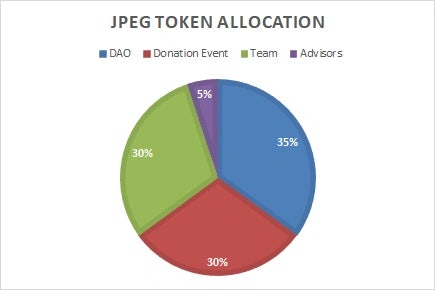