1inch.exchange (1INCH) is a decentralized exchange (DEX) aggregator that sources liquidity from various exchanges and is capable of splitting a single trade transaction across multiple DEXs[3][4][5][1].

In December 2020, a month after the successful launch of 1inch v2, the 1inch team announced the closure of a $12 million funding round from institutional investors, including Pantera Capital, ParaFi Capital, and Nima Capital[21][22][23].

The February airdrop provided another distribution under the same conditions as the December airdrop, to ensure that users who have not yet received their tokens could have a second chance of collecting them. 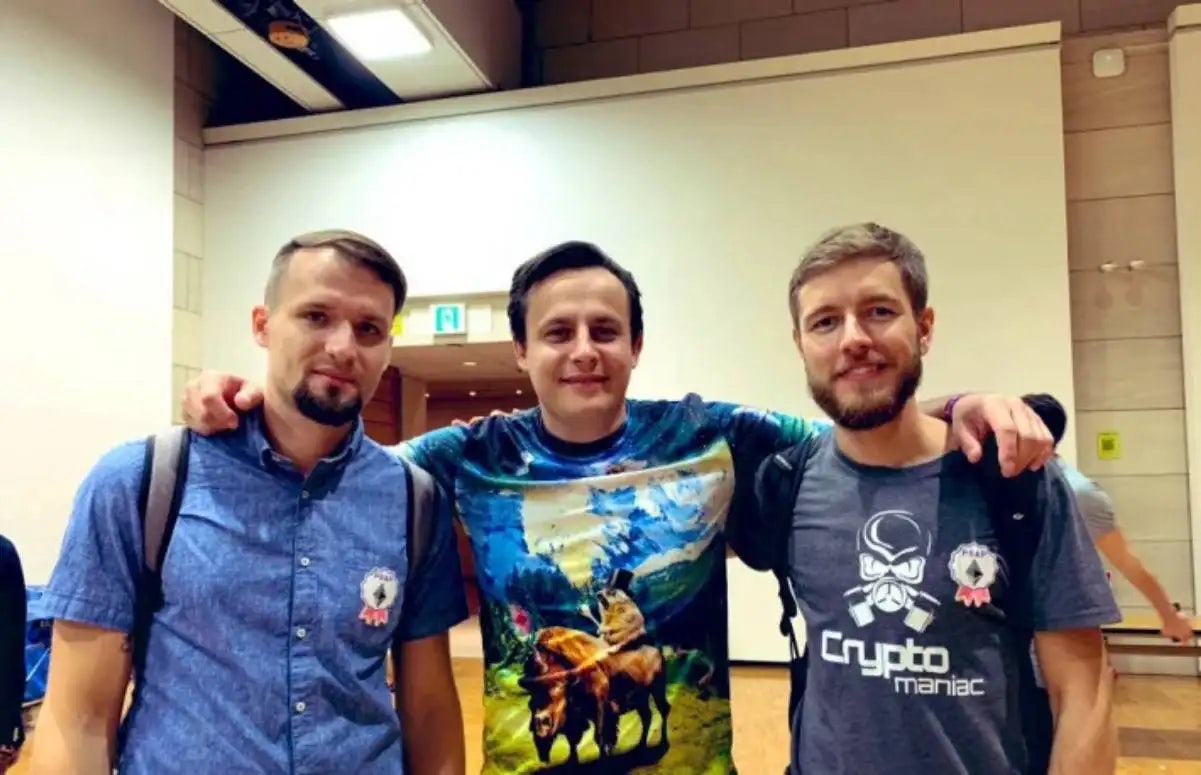 The 1inch.exchange was founded by two Russian developers, Sergej Kunz and Anton Bukov, who came together to audit smart contracts. Before establishing the DEX aggregator, the two developers partook in and won various bounties at hackathons for MakerDAO, Set Protocol,
and Kyber Network. The scheme for 1inch was developed just weeks before the ETHNewYork convention, while the two co-founders were playing around with arbitrage bots. The project was then expanded during the hackathon event, creating the first iteration of the exchange: a minimum viable product (MVP) that aggregated Kyber Network, Bancor Network, and Uniswap liquidity.

The name of the project, 1inch, was inspired by Bruce Lee’s legendary “1inch punch”, an epitome of efficiency in martial arts, and aims to symbolize the project's efficiency in the crypto industry.

On November 5, 2020, the 1inch team unveiled 1inch’s version 2, having the following features: 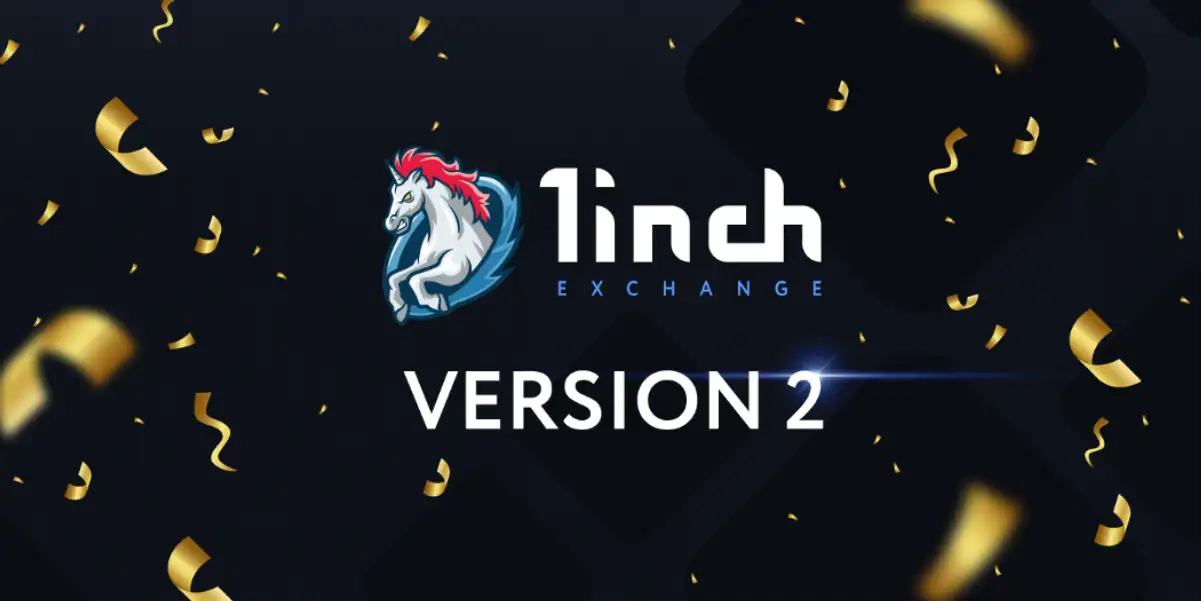 In April 2020, 1inch added native integration with Curve’s sUSD exchange liquidity pool and Synthetix staking. Users who provide liquidity to the Curve pool, collect an annual percentage rate (APR). In addition, they receive Curve Pool Tokens, which can be staked in the Synthetix staking pool to collect an extra reward in Synthetix Network Tokens (SNX) given away by that pool. Each week, Synthetix distributes 64,000 SNX. The Curve sUSD pool became available on 1inch as a native tool, so users don’t have to go first to Curve’s website and then to that of Synthetix. All operations such as providing liquidity to Curve and staking sUSD on Synthetix can be done within 1inch.exchange unified interface.

In May 2020, 1inch added support for Compound cUSDT token in protocol and dApp. The main idea behind cUSDT is that a user provides liquidity to the platform in Tether (USDT) and collects an interest income. With the cUSDT integration, it is possible to do swaps between any ERC20 tokens and cUSDT with the low price slippage.

In May, 1inch integrated Uniswap V2 protocol. In the UI, users can see a list of all Uniswap V2 liquidity pools for selected tokens, including the pool’s capitalization and annual percentage rate (APR). Funds provided by users to any Uniswap pool are used for token swaps, and for each swap, a transaction fee is charged. The collected fees are distributed between all users who have provided liquidity to the pool in the form of interest, depending on their share of liquidity provided to the pool.

In September, 1inch announced a partnership with xBTC, Social Capital’s first token. As part of the partnership, xBTC was supposed to have an exclusive IMO (Initial Mooniswap Offering). Sergej Kunz, 1inch co-founder and CEO, said:

“IMOs on 1inch are more attractive for token issuers than other platforms because we provide protection from so-called front running. In turn, 1inch liquidity providers will benefit from the xBTC IMO as there will be substantial trade volumes at the initial stage and they’ll be able to collect significant interest.”

In September, 1inch announced cooperation with cybersecurity firm Hacken. To add an extra layer of protection for users, 1 inch decided to collaborate with Hacken in several areas, including auditing code, APIs, and infrastructure.

“1inch has built a DEX aggregator that embodies some of the best aspects of decentralization. Working with them to make their platform more accessible to MEW users was an easy decision for us. DeFi is still in an experimental stage, and companies like 1inch are paving the way for greater adoption.”

To get a discount on a transaction, the gas fee at the time of burning has to be twice as much as what it was at the time of minting. E.g., a user mints Chi at 20 and burns Chi when the gas price is >40. A user can mint Chi directly on Etherscan or on 1inch.exchange. It is also possible to swap coins for Chi on 1inch through the Uniswap liquidity pool.

In August 2020, the 1inch team released their Automated Market Maker (AMM), Mooniswap, which redistributes earnings to liquidity pools, capitalizes on user slippages, and protects traders from front-running attacks. Mooniswap is capable of keeping most of the slippage revenue in the pool by maintaining virtual balances for different swap directions. When a swap happens, a market maker does not automatically apply the invariant algorithm and displays the new prices for upcoming trades. The AMM improves exchange rates for arbitrage traders slowly, over approximately a 5-minute time period. As a result, they are able to collect only a portion of slippage, while the rest remain in the pool shared among liquidity providers[11].

Mooniswap initially utilizes 0.3% Swap Fee which can be lowered to 0% in the future as a way to provide more competitive prices to the market.

Apart from Swap Fee and Referral Fee, Mooniswap does not charge any additional protocol fees.

Mooniswap also introduced on-chain volume-weighted average price oracles. Price oracle data is stored as a cumulative sum of all trade inputs and outputs in both directions and it is updated after every transaction. By choosing different periods oracle users can configure the required level of price recency and manipulation resistance.

In August 2020, the 1inch team announced the liquidity mining and 1INCH token release. The 1inch token is not for sale to users. It is a reward for using 1inch products. The tokenomics has not yet been disclosed[13].

The 1INCH token is a utility token that serves several network needs:

A max vesting time of 1INCH distribution is four years. Over the course of this time, the distribution mechanism will be the following:

The initial (circulating) supply of 1INCH tokens (16%) will be allocated to the security of the network, maintenance of its functionality, marketing, and community development.

1inch and Mooniswap protocols allow anybody to create next-generation AMM pools or add liquidity to existing ones. In August 2020, 1inch proposed and implemented the concept of security via the 1inch network token, 1INCH, which is distributed among liquidity providers in the amount of 2% from the total supply of 1INCH. 1inch network tokens that are allocated to early liquidity providers to Mooniswap pools will be distributed via vouchers retrospectively. A voucher entitles a user to receive a 1INCH token through vesting (a gradual unlock every second). Each voucher will be sent to a liquidity provider’s Ethereum address with the portion of 1INCH tokens attached to it. A liquidity provider can exchange their unlocked voucher tokens on 1inch.exchange in the tab “swap” to any crypto-asset. Each voucher is valid for one year and a half only and has to be exchanged before the expiration date.

In November 2020, having received extensive feedback from the 1inch community, the team unveiled the second stage of the liquidity mining program, aimed at further incentivizing early providers of liquidity to four selected Mooniswap pools. Under stage 2, 1inch will distribute an additional 1% of the 1INCH token supply among users upon the issue of the token. Rewards will apply to liquidity providers to the following pools: ETH - WBTC, ETH - USDC, ETH - DAI, and ETH - USDT. The launch of the liquidity mining program’s second stage will have no impact on the first stage, launched back in August. Users are still entitled to awards under stage 1. Those awards have been active since Mooniswap’s launch on August 10, 2020, and are 2% of the 1INCH total token supply for providing liquidity to 40 pools.

In August 2020, the 1inch team closed the first investment round, in which they raised $2.8 million from top institutional investors, including Binance Labs, which led the funding round, as well as Galaxy Digital, Greenfield One, Libertus Capital, Dragonfly Capital Partners, FTX, IOSG, LAUNCHub Ventures, Divergence Ventures, Loi Luu, the Founder of Kyber Network, and Illia Polosukhin, the Co-Founder of NEAR Protocol[20]. 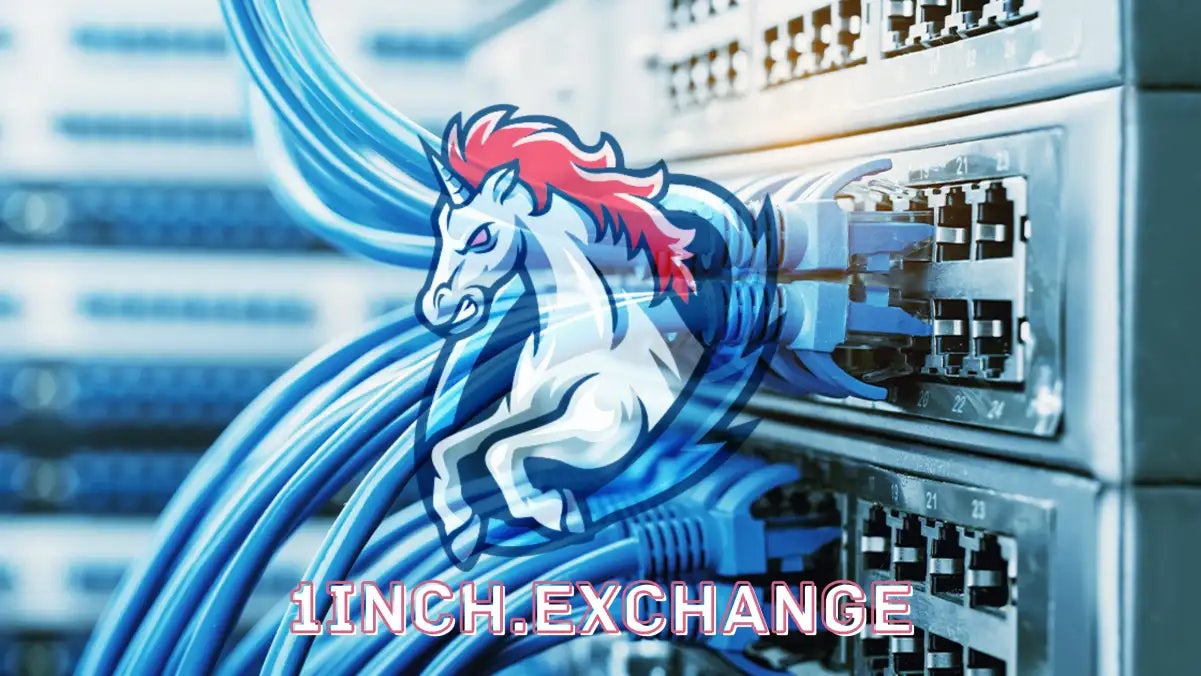 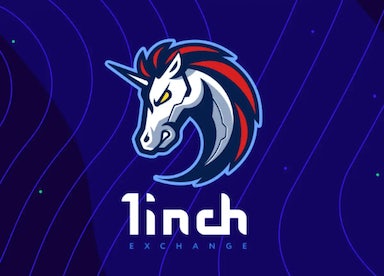 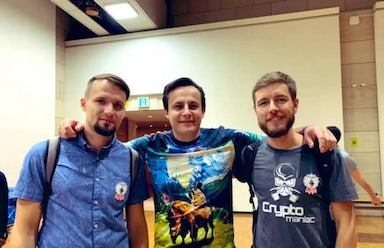 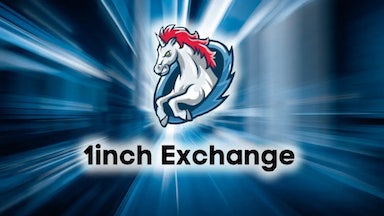 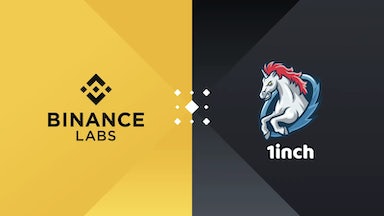 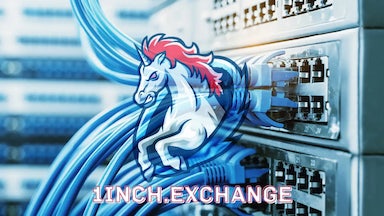 What is 1inch Network?

Everything you wanted to know about Chi Gastoken

1inch Raises $12M to Keep Up With DeFi's Growing DEXes

How to Claim 1INCH Token Airdrop